Screen Early for a Safe Pregnancy

What is an ectopic pregnancy? Can I take any measures to reduce my risk? â€”MK, 31

An ectopic pregnancy is a complication of pregnancy where a newly-formed baby (embryo) gets implanted outside the uterus. About 1 to 3% of all pregnancies are ectopic in location and of these 98% occur in the fallopian tubes. Apart from the fallopian tube, ectopic pregnancy can also occur in the cervix, ovaries and abdomen. An embryo implanted in places other than the uterus can cause great tissue damage in its effort to get sufficient supply of blood for its growth. It needs to be terminated immediately to prevent serious haemorrhage in the woman.

What leads to an ectopic pregnancy?

Hair-like cilia located on the internal surface of the fallo – pian tubes are responsible for carrying the fertilised egg to the uterus. This in normal circumstances takes four to five days after ovulation (release of the egg). Any factor which stops this transport results in the live embryo being retained in the tube where it may start growing to form an ectopic pregnancy. The risk factors predisposing a woman to an ectopic pregnancy are fallopian tubal damage caused by pelvic inflammatory disease, chronic pelvic infections and following tubal reconstructive surgeries. In certain women fallopian tube cilia are genetically fewer in number, predisposing them to recurrent ectopic pregnancies. However, in as many as one third to one half, no risk factor can be identified. Previous history of ectopic pregnancy increases the risk of future ectopic pregnancy to about 10% due to damage to the inner lining of the tube.

What safety measures can you take?

To ensure a safer pregnancy following an ectopic one (where the tube has been retained), it is better to conceive in the menstrual cycle where a woman ovulates from the ovary situated on the side of the non-affected tube. For this, sometimes an ultrasound can be used to detect which of the ovaries is releasing the egg. One can try for the next pregnancy soon after resumption of normal menstrual cycle. However, once pregnant, do confirm the site of the pregnancy within a week or 10 days of the missed period to ensure that the embryo has implanted in the uterus. If both the tubes are unhealthy, it may be wiser to resort to IVF where the chances of ectopic pregnancy are lowest. 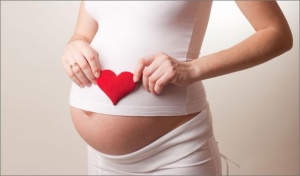