In recent years, there has been growing concern regarding the adverse effects of various environmental contaminants and stress on human reproduction. Industrialization, urbanization and rapid economic development have drastically changed the lifestyle and surroundings of humans. Many potentially hazardous chemicals are being released into the environment at an alarming rate, which may negatively influence all aspects of human health including the reproductive system.

The only way that environmental toxins can cause tissue damage and adversely affect various systems of the body is by direct damage to the cell membrane or its intracellular components. There are compounds which disrupt communication between different cells and if this effect is targeted at the endocrine system, then this may affect fertility and may cause reproductive dysfunction resulting in reproductive anomalies. These are often termed as endocrine disrupting chemicals (EDCs) which cannot be classified by any unique physical or chemical properties but are thought to affect reproduction by their ability to mimic, stimulate, antagonize, alter or displace the effects of endogenous natural hormones.1 Specifically, endocrine disrupters can mimic or antagonize the actions of endogenous hormones either by inducing changes in steroidogenic enzyme expression and/or their activity, or by altering the circulating steroid hormone levels.2-5 Besides the physical, chemical and biological environment which disrupts the hormonal milieu, other factors, such as behavioral and socioeconomic conditions, also have significant impact on human fertility. These possibly act on higher centers and eventually change the paracrine, autocrine and endocrine regulation of hormones affecting fertility.

Environment represents the totality of physical, chemical, behavioral and socioeconomic factors that constitute the external milieu surrounding the human organism. Environment has both positive and negative influences that can affect every aspect of human health and development. Many reviews over the past few years have focused on environmental factors as possible harmful influences on fertility. The possible mechanisms by which these factors can adversely influence fertility6 can be broadly classified into three main categories:

Seasonal variation in fertility has been described by several authors. However, the evidence supporting this view is not found to be conclusive enough. Photoresponsiveness though seen in some individuals is not considered to be a universal phenomenon and hence leads to inconsistent results. Some seasonality has been reported in IVF success also. In two European centers with 8,184 cycles, the lowest pregnancy rate of 25.7 percent was seen in July as compared to 35.5 percent in December. However, others observed no significant seasonal variation in IVF success rate in their analysis.

In a Danish study, male exposure to heat and female exposure to noise were associated with poor reproductive outcome. Even frequent changes in time zone as experienced by flight attendants was found to be associated with slightly increased incidence of spontaneous abortions, though the findings were not consistent. Lipscomb et al. reported increased incidence of intrauterine growth retardation (IUGR) in women working in electronics industry. However, all these studies are small and inconclusive and no significant associations can be established. 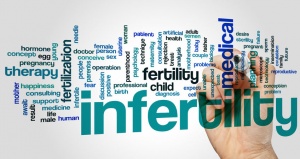